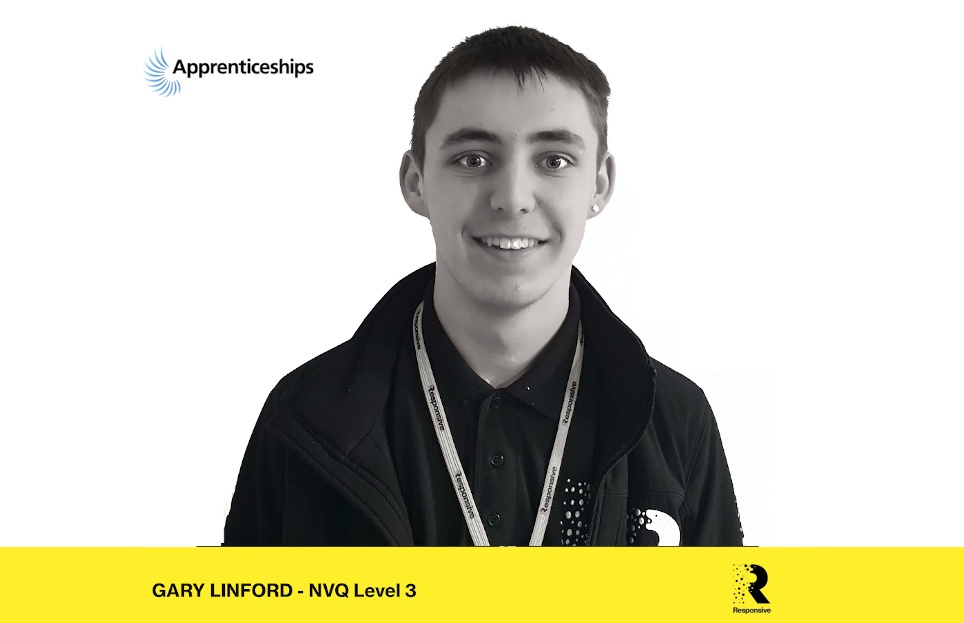 As part of National Apprenticeship week we decided to shift the spotlight on to our apprentice employees and first up is the ever so colourful Gary Linford.

Gary is a NVQ apprentice studying for his Level 3 NVQ in Non Destructive Testing and has fitted in perfectly within Responsives businesses in Cumbria.

I wanted to earn a living and learn at the same time so I found an apprenticeship was going to be the easiest route to do so. And going to uni was never something that I wanted do so I was always looking into an apprenticeship.

If you could do anything else other than work Monday to Friday, what would that be?

Spend time with the people who I love the most and make the most of every second. And make lots of memories.

I always wanted to be a police officer, it’s been my dream job all my life so I thought I’d be doing something to do with the police.

Going out and having fun!

5 years time, what role will you dream to be in at Responsive?

In 5 years time, I’d hopefully like to be a more qualified Technician with multiple PCNs meaning I could develop my roles within the company.

Don’t rush into something you don’t want. Take time and look at the thing you enjoy and then prioritise your career around that!
Attend prospects evenings and apprenticeship nights and find out all the different types of careers then make a decision based on that.

Lee adds – Gary was one of our first externally recruited NVQ apprentices and is now into his 3rd year of his apprenticeship. He will shortly be heading towards full time employment with more qualifications both academically and professionally than most people in an inspection / technician role. I’m really pleased he chose the NVQ route to future progression.