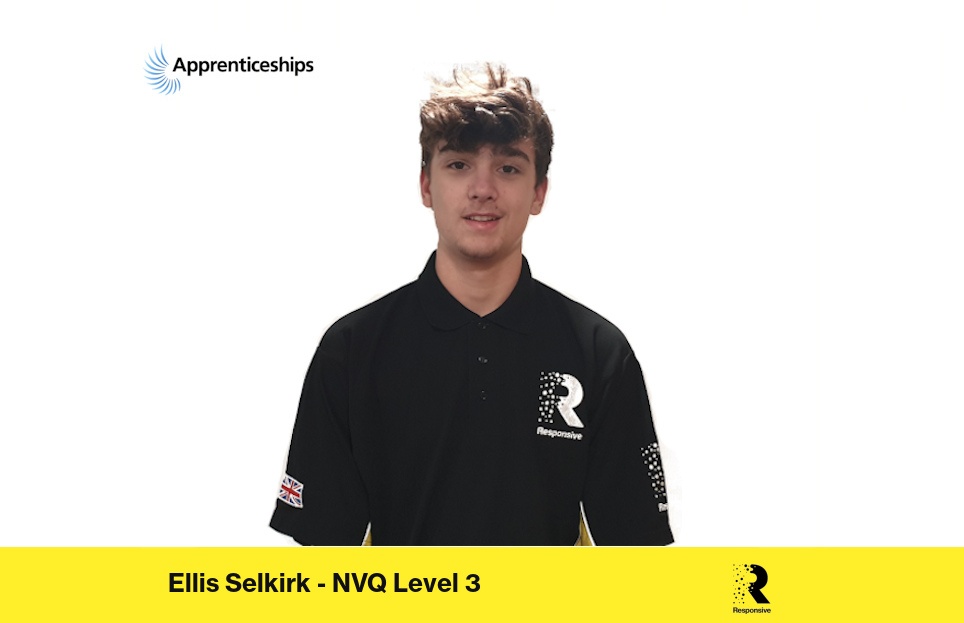 Ellis is a NVQ apprentice studying for his Level 3 NVQ in Non Destructive Testing and is a dedicated addition to the Responsive Cumbria teams.

If you could do anything else other than work Monday to Friday, what would that be?

I thought I was going to be a electrician

I play rugby and collecting watches

5 years time, what role will you dream to be in at Responsive?

I would say, if you are 100% sure that the job your going to uni for is what you want to do then go for it but if your not sure don’t get into that debt and go for the apprentice route

Lee adds – Ellis originally attended Responsive as a work experience student whilst being a pupil at Energy Coast UTC. He later returned in his own time during school half term. We are extremely pleased that Ellis decided a career in Non Destructive Testing was for him.